Vennetics, an innovator of telecommunications and IT applications, has announced the completion of a private funding round, which has been backed by Enterprise Ireland. 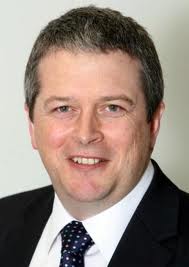 The investment will be used primarily to grow the headcount within the support and engineering functions within the company.

Kieran Dalton, Chairman of Vennetics said, “The continued support and investment from Enterprise Ireland is very welcome and important for the company and it’s continued growth. Their assistance in securing significant new private capital, places Vennetics in a strong position to execute against our expansion plans.”

Anna-Marie Turley, Senior Development Advisor at Enterprise Ireland remarked that “Enterprise Ireland has worked closely with Vennetics since they were formed in 2007. The development of the business from an initial concept to a carrier grade platform that is being licensed by large mobile networks, is a long process. Their strong focus on innovation has proved to be the strength of their technology. The private capital raised by Vennetics will move the organization on to the next level and we look forward to working with the company as their business grows internationally.”

As the OTT marketplace has exploded over the last few years, leading streaming providers like Netflix and Amazon have been increasingly focused on creating their own original content....
Read More

SURE Launches New TV & VoD Search and Discovery App called “Sure On Demand” powered by Vennetics.

May 1st 2018 – Dublin, Ireland: Vennetics, an innovator of telecommunications and Video on Demand applications, has today announced the deployment of its Mobile...
Read More

We’re really excited to announce that US Mobile Operator, Cellular One has launched a new Video on Demand aggregation service called “Chill VoD”. The...
Read More

In light of the explosion in consumer demand for all things video and the growing constellation of OTT video services what’s the key piece...
Read More